The World Interpreted through Alice in Wonderland 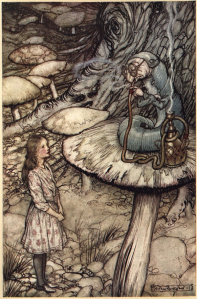 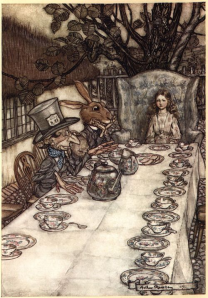 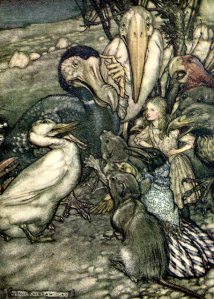 A Meeting is Held

Alice is voted unanimously as Ambassador 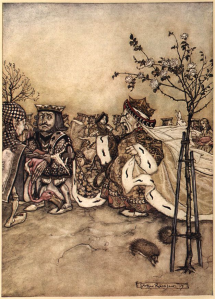 Waiting to meet the Red Queen 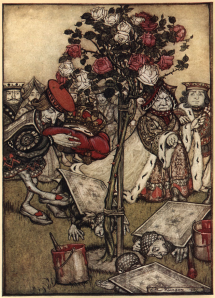 A productive discussion did not seem in the cards 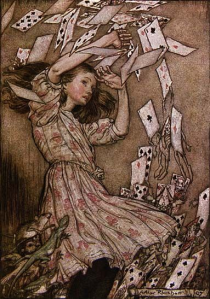 And, in fact, became quite hostile. 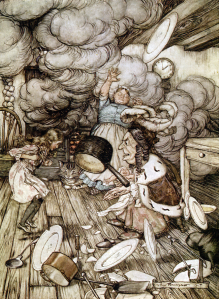 Things on the home front were not much better. 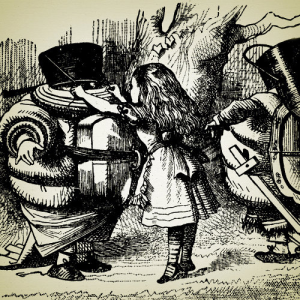 With a heavy heart, Alice helped prepare her friends for battle with what little she could find. 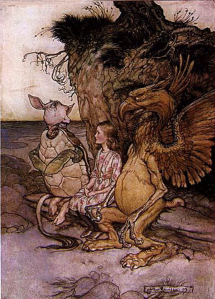 Alice listened to the Mock Turtle’s prophecies of the outcome of the war. 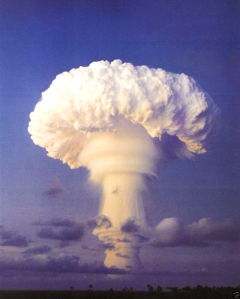 Is the Mock Turtle going to be right?

Who will take responsibility for their actions?

Who will pretend to paint the roses red with the blood of the fallen?

Not Your Kind of People

Sometimes when I get new music there’s a song that particularly strikes me, fits the place I’m at. Feels a little like an anthem of a sort. And it’s nice to know someone else felt the same, enough to write a song I can identify with enough. It is/was a popular song at the time, so obviously it struck a chord, much as Radiohead’s “Creep” did. There are a lot of us, apparently.

This is from the band Garbage, who I’ve always liked. I know someone who could give you a much better history of the band–he’s been to see them more than once in concert and is good with details about that kind of thing. Basically, in my recollection, it was started by a group of people in the music industry, producers, etc., who decided to see if they could start a band. They decided people were going to be cynical of their efforts and were just going to say they were going to sound like garbage, so they took that for their band name. They’re anything but. I suppose one would either like them or not, I don’t know if I’ve ever heard anyone say they “sort of” like them.

They don’t pander. They mock. They write ballads. They go heavy on the guitars. And they sound like themselves. Granted, I’m not exposed to a whole world of music, but I don’t often think, “Gee, that band sounds like Garbage,” which sounds funny. I’m sure there are some, I just don’t who they are. Sort of a heavier retro-ish band.

Tagged 2012, belonging, choosing, fitting in, Garbage (band), music, Not Your Kind of People